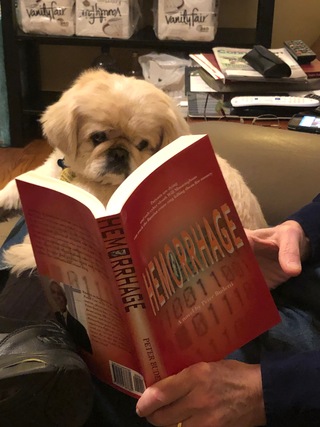 Our doggy, Bella, loves to read my novels. 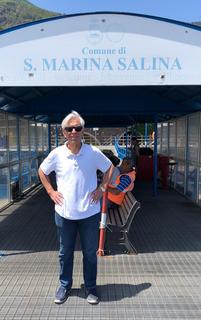 Visiting the Aeolian Island of Salina, Italy, from which my grandparents Bartolomeo and Annunciata Lauricella emigrated in the late 1800s to come to New York.

Addressing the Organization for Security and Co-operation in Europe about the U.S. False Claims Act, Vienna, Austria, October 22, 2016

Peter Budetti trained as a physician (Columbia) and lawyer (Berkeley) but he has devoted most of his professional life to working on health care policy in Washington and in senior academic positions.

Having spent years as a university professor, he decided to write novels for the general public because he felt that he has stories worth telling but no desire to add to his numerous scholarly publications that languish in obscurity. His novels are inspired by real events, personal experiences, and his imagination.

To date, he has written four novels. Resuscitated draws on his earlier life as a pediatrician, as well as his legal background and experiences in Washington and academe. Hemorrhage, Deadly Bargain, and Hacked to Death form a trilogy of thrillers that grew out of his years combating fraud in healthcare.

As a political appointee in President Obama's administration he was responsible for overseeing modernization of Medicare's outdated systems for detecting and preventing healthcare fraud; he thereby acquired the amusing moniker of Healthcare Antifraud Czar. He is now Of Counsel to Phillips and Cohen, LLP, the nation's most successful law firm representing whistleblowers.

Previously he served for six years as Counsel, Subcommittee on Health and Environment, U.S. House of Representatives, under the Chairmanship of Congressman Henry A. Waxman; as a member of the health staff, Senate Finance Committee, under the Chairmanship of Senator Daniel Patrick Moynihan; and as a core legislative drafter for President Bill Clinton's Health Security Act.

In his academic life, he founded and directed health policy research centers and held tenured professorships at Northwestern University and The George Washington University, was a faculty member of the Institute for Health Policy Studies, University of California, San Francisco, and held an endowed chair as Professor in the College of Public Health, University of Oklahoma. He has published more than fifty scholarly articles and another forty-plus reports, book chapters, reviews, and editorials.

His undergraduate degree is from the University of Notre Dame. He is a board-certified pediatrician and member of the California Bar and District of Columbia Bar. He is married and has two grown children, seven grandchildren, and one Pekingese-mix rescue doggy. He and his wife live in Kansas City, Missouri, where they moved when they decided it was time to get away from Washington, D.C. They spend their free time at their lake house in Arkansas. 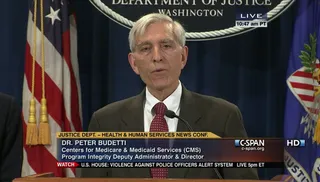 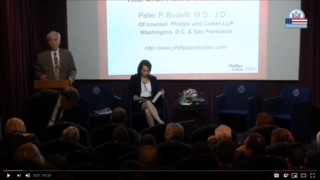 VIDEO: Speaking at a conference at the American Embassy in Rome about the successes of the US False Claims Act October 24, 2016 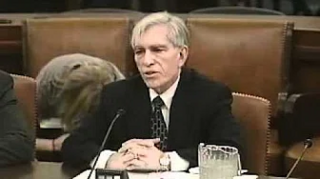 VIDEO: Testifying before the U.S. House of Representatives Oversight and Government Reform Committee April 5, 2011 (at 15:36)